I’m cloning my dog Flex. Here’s a little bit of the backstory.

My dog Flex passed away on February 26th, 2020 from tick bite complications (he was bit in Thailand before we returned home to NYC), a day shy of his 7th birthday. It’s been more than 6 months since the loss and I am still in the grieving process. Below is a video I put together after he passed sharing some moments of our friendship.

Almost all dogs owners will agree with me when I say the bond and relationship you have with each dog is different. While my heart has grown a new compartment to create room for my love of Cloud (my new puppy), there is a gaping hole that I carry with me every day left by the passing of Flex.

The life expectancy of shih tzus are 10-16 years. Given that my dogs are with me almost 24 hours a day, I was almost certain that Flex would make it to the higher end of that estimate. I took pride in what a good dog owner I was. Flex had been to 10 countries and more than 25 states in America. He lived 10 lifetimes for a dog in his 7 years which gives me some peace of mind. However, my entire identity as a good dog owner was shattered after his unexpected passing.

I spent more time Flex than most people spend with their dogs as he was a service dog and I’ll never forgive myself for not realizing how sick Flex was sooner. HOW COULD I HAVE MISSED THIS??? My best friend, my sidekick, my companion, my son.

Today, when I look at pictures of him a few weeks before he passed, it should have been crystal clear that his expression wasn’t normal. At the time I was so caught up worrying about his health, thinking he recovered from the tick bite in Thailand and then preparing for my move back that I recall thinking it was all the sudden changes that were a bit overwhelming. I made excuses that sounded reasonable in my head to explain his minor behavior changes. It’s too hot out. It’s a long flight. This is a new bed. It’s too cold out.

In hindsight this doesn’t make much sense because this is the lifestyle my dogs were used to. If anybody could adapt it was them. 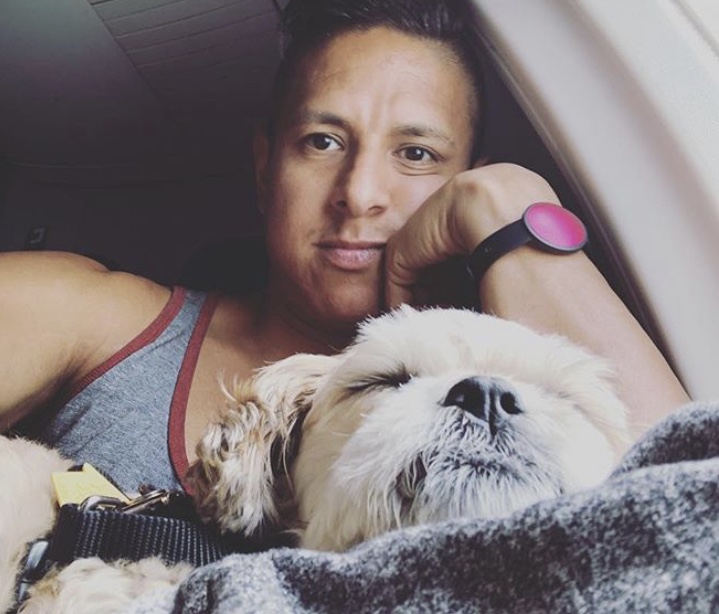 And then when Raindrop relapsed from the tick bite (the equivalent of lyme disease) back in NYC, the changes in her were swift and noticeable given her normally-animated personality. I quickly put her back on the meds. Flex, on the other hand, had a much calmer demeanor (unless he saw another dog), so I didn’t realize his minor lethargy meant he was suffering the same relapse Raindrop did, likely on the same schedule. The entire time while he was likely suffering and slowly dying I was giving his sister the cure. Right in front of him. Twice a day. It breaks my heart.

It wasn’t until the day before he passed I proactively gave him Raindrop’s meds. But by that time, it was too late. The medication was meant to prevent organ failure, not reverse it rendering the medication useless.

I’ll never forget the moment I picked him up for the vet appointment, which he missed by approximately an hour. His limp body caught me completely off guard. His nose was still moist. His body was still warm.

I’m not sure if the vets could have done anything. Maybe if I scheduled the appointment for an hour earlier, or if I administered the drug a day earlier, a week earlier. So many micro-decisions that I made ultimately ended up being disastrous and fatal. Perhaps I have a bit of survivor’s guilt, as it was both Raindrop and Flex that took the tick bites, in lieu of myself. My dad says Flex proudly took the tick bite for me. He was a service dog and he selflessly (even if unknowingly) stepped into the line of fire and took a bullet for me.

I can’t stop thinking about all the future memories that were taken from me. Flex was so patient and kind with children, especially babies. I always wanted to see him be a protector, cuddler and companion of my future child. Every time I eat what were his favorite foods (especially plain white rice and watermelon), I think of him and I’m overwhelming with emotions and feelings of loss.

When people ask why I’m cloning him, half the reason is because I feel like nature fucked me. A tick killing a dog? I want to say “fuck you” back to nature. I also want to take control of the loss and by giving his unique DNA another opportunity to exist, I am hoping that this will give me closure.

The other reason is this is how I think I can forgive myself.

I’m thankful Raindrop, my rock, survived. And I’m thankful that I got to meet Cloud, my new angel, who has so many of his personality traits. Flex’s passing changed my life and was yet another wake up call not to take anyone or anything for granted. 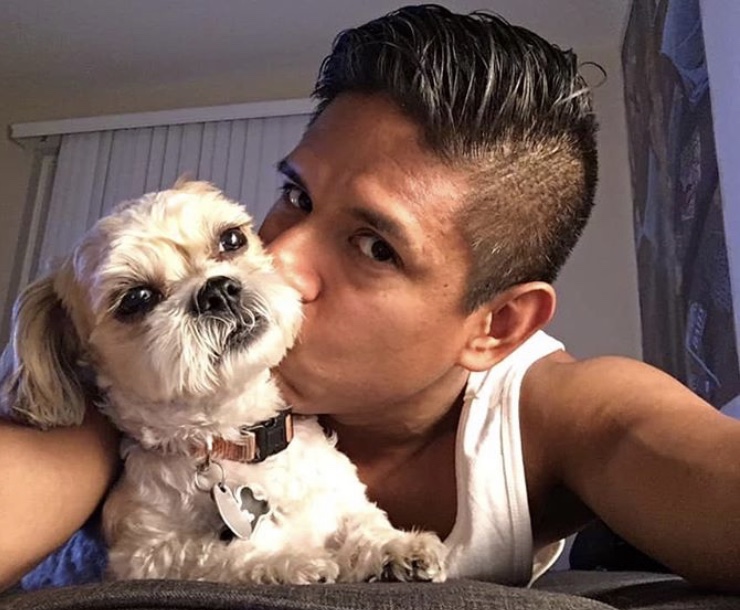 If you are interested in the cloning process for pets (dogs, cats, or horses), you can message me on Facebook or Instagram (@adamfrancisco) and I am happy to explain the process, the costs associated and the timelines required. I have done a lot of research into this somewhat controversial procedure and I am at peace with my decision. 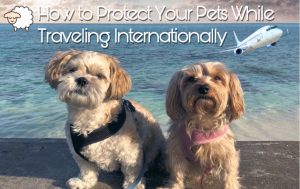 How To Protect Your Pets While Traveling With Them Internationally 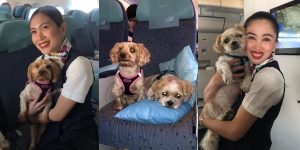