Hey guys ! This is the best advice before you rent a rental car. As someone who regularly rents a car when traveling, this is the best way I’ve been able to defend myself against extra charges and sometimes even fraudulent charges.

Take a video of the entire exterior of the car

I strongly recommend you always use your phone to film a complete 360 virtual tour of the vehicle before driving it off the lot. I like to do this in front of the rental agent so that they see that I’m a knowledgeable and educated consumer. I want them to know they’re not dealing with a schmuck. What I’ve noticed is that they’ll sometimes even proactively point out hidden damage, damages that you may have been liable for if you did not protect yourself.

Below is a video from the Europcar pick-up location in the Sofitel Bangkok lobby. You’ll see at the :25 mark, the agent points out some paint damage on the passenger side mirror (remember, I’m in Thailand – the cars are opposite here lol).

Below is another video I recently took of a car rented from BizCar in Don Muang Airport. I wanted to make sure the agent saw with his own eyes that I was giving a very detailed search of the car for scratches, dents and damage. As you’ll see I found a number of scratches and dents that the rental car company might have otherwise passed the blame onto me for.

So has a rental car company tried to screw me before?

Let me tell you about experience that I had in Reykjavik, Iceland when I rented a car from Flizzr. When I picked up the car, I was warned by the agent not to go off-road as gravel and rocks are a guaranteed way to scratch up the car. I specifically made it a point to drive only on paved roads.

When I returned the car, the agent pointed out a number of scratches on the front bumper. For a moment I was scared. I thought that maybe when I was driving on the highway some gravel might’ve hit the bumper. I really thought I was going to be liable for this damage. But then I remembered that I had the Chase Sapphire credit card which includes collision protection.  When the agent went inside I quickly called Chase to confirm that the damage to the rental was covered. Confirmed! Phew. This gave me momentary peace of mind. It calmed me down enough to think, “Let’s take another look at the scratches.”

Below is the video and you can hear my genuine reaction.

Would you believe it? Turns out that the “scratches” weren’t scratches at all. It was dirt! I was able to use my finger (and some saliva) to remove every single mark that the agent circled in white chalk. When he came back he looked absolutely baffled. He said “What happened to the damage?” and I said “Come on man…you knew those weren’t scratches. You knew that was dirt but you were trying to charge me for it.” He awkwardly smiled like an idiot and said, “You just saved yourself $3,000.”

Unfortunately I did not make a video before I rented the car even though in this instance it wouldn’t have helped as it was dirt, not damage. But this experience taught me a very valuable lesson :  Always film a 360 virtual tour of the car in front of the rental agent and point out any damage you see, no matter how small or trivial.

Please share this article with anyone you know that is going to be using a rental car! You might end up saving them a lot of money.

Did you find this advice helpful? Have you had any similar experiences?  Leave a comment or you can e-mail me adam@befreemysheeple.com. If you enjoyed reading/watching this, you can follow me on Instagram, @adamfrancisco & @befreemysheeple.

The End of an Era: Goodbye Continental, One of New York City’s Cheapest Bars! 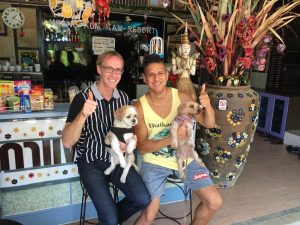 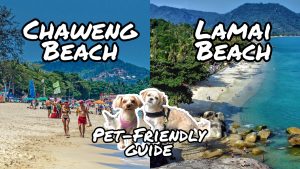