I just heard about Stan Lee’s passing and I wanted to share how I met Stan Lee.

October 5, 2010 – I was sitting a few rows behind First Class on a Virgin flight from LAX to NYC (I was already obsessed with LA). We were about 45 minutes away from landing and I saw an older gentleman in first class look across the aisle. Immediately I knew it was Stan Lee but I couldn’t believe it. My role model, my distant mentor, the legend, was a mere 15 feet away from me. I wasn’t starstruck, I was godstruck. I quickly called to the flight attendant and asked her to confirm it was actually him. Part of me was hoping it wasn’t because I was completely unprepared. Confirmed.

I asked her (in a pleading tone) to ask Stan if he wouldn’t mind waiting for me in the terminal. She seemed hesitant to bother him but I gave her additional motivation. I told her to “please tell Stan that I work for Marvel Comics Talent as an official Spider-Man event actor.” It was good enough.

As she asked him, I studied his body language from a distance so I would know the answer before she told me. Being how golden-hearted Stan is, I knew it was a yes.

Assuming he had places to be, I asked the 3 rows in front of me if they could stay seated so I could chase after him. Everyone agreed (this is before I had my dogs so it was much easier to move around the plane). I ran off the plane as fast as I could and there he was, standing in the terminal, waiting for not just me, but 3-year old me as well.

When I saw Stan in the flesh my body simply couldn’t process what was happening. I had all the signs of a panic attack : rapid heartbeat, shortness of breath, blurry vision – that I did a full sprint to make sure I wouldn’t miss him didn’t help. Standing right before me was the creator of my most favorite thing in the world since I was 3 years old : Spider-Man. This was a meeting 25 years in the making courtesy of fate (and more evidence that good things happen from traveling).

What I thought I told Stan was :

“Mr.Lee – you have no idea how much I appreciate everything you’ve created. You are a god to me. Like you, and like Peter Parker, I’m also a Jewish kid from Forest Hills, Queens. Isn’t that so crazy? Spider-Man has been part of my life since I was 3 years old. My dad bought me my first Spider-Man comic when I was 7 : Spider-Man #2 when he battled the Lizard. Such a great storyline. Now I dress up as Spider-Man for your Marvel Comics Talent division as well as in my personal time for fun and I always knew that we would meet one day.”

Waiting for him to be impressed with my story of dedication and love for his creation, he responded :

“I’m sorry – I don’t understand anything you just said. Can you say it again and please slow down this time?”

I couldn’t slow down. I couldn’t compose myself. I was a blabbering idiot. My brain and my mouth would not communicate. But there was one thing I could do : put my arm around him, embrace the moment as well as Stan, shut up and smile.

After we took the pic I cried some of the happiest tears of my life in the airport bathroom. I couldn’t believe it. I got to meet Spider-Man.

Thank you for everything Stan. Thank you for your contributions that affect almost every child in the world. I’ve seen children in remote villages of Cambodia & Vietnam proudly wearing Spider-Man apparel and doing their best poses. When I dressed up as Spider-Man in Taiwan, every child completely lit up and I fully understood it. I just FaceTimed this week with a 5-year-old Spider-Man fan in Thailand. I may not be able to speak the same language as these childen, but the fantasy world you created gave us a platform to communicate through. Spider-Man’s web-shot hand is just as well-known as a thumbs up. 🤟🏽🕸 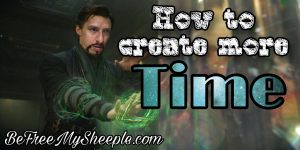 How To Create More Time

One thought on “How I Met Stan Lee”